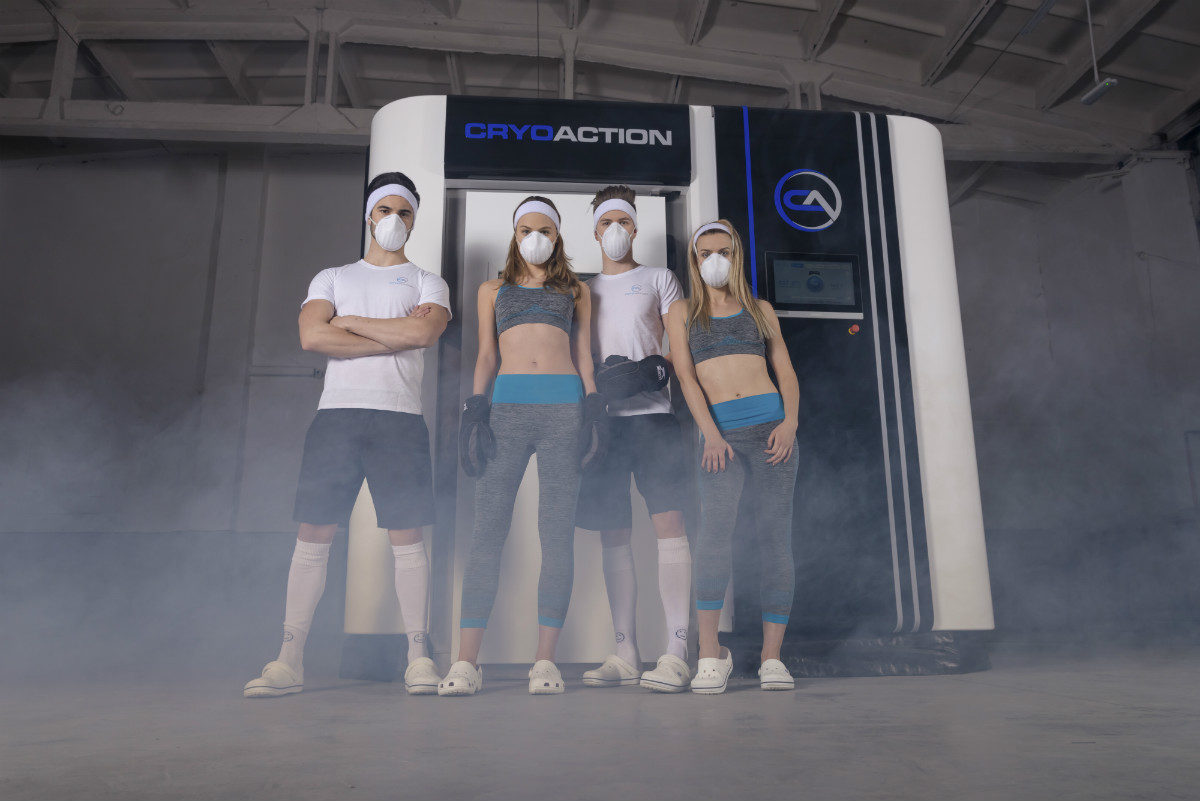 Cryotherapy is a medical treatment that involves entering a whole-body chamber with cold air at temperatures below -130ºc. The process sounds fun and the benefits are fascinating. Below are the fun cryotherapy facts that everyone should know. END_OF_DOCUMENT_TOKEN_TO_BE_REPLACED

Biohacking is a new emerging trend whereby people try to improve their body function by subjecting them to various conditions and stimuli to see what happens. END_OF_DOCUMENT_TOKEN_TO_BE_REPLACED

Cryotherapy literally means cold therapy. Or the therapy, your body is exposed to temperatures ranging from -100°C to -160°C in a chamber known as a cryo chamber. END_OF_DOCUMENT_TOKEN_TO_BE_REPLACED

Jamie Vardy, who on Saturday equalled the record for the number of goals scored in consecutive Premier League games, has attributed his presence in the game to Leicester City’s investment in a whole body cryotherapy chamber from CryoAction.

Speaking following scoring an amazing 10 goals in a recent run of 10 successive Premier League games, Jamie said that he might not have been on the pitch, had it not been for a spell in a cryotherapy chamber as he recovers from a hip problem.

Jamie admitted: “I was very close to not playing, I’m not going to lie. Credit to the physios, they were literally working on me constantly. It was frustrating missing the England games but there was no point in risking it. I’d have loved to have played but it gave me a week off to recover.

“Obviously the cryo chamber that we’ve got at the training ground came in useful.

“It is absolutely freezing but it helps you in your recovery, so fair play to the club for getting that in.”

The whole body cryotherapy chamber provided by CryoAction to Leicester City Football Club provides  an extreme cold treatment to enable rapid recovery and rehabilitation. The 3 minute treatment is delivered at temperatures as low as -150*C and promotes the reduction of the impact on soft tissue injuries such as the groin problem that could have kept Jamie out of the game and brought his record equalling run to an end.

CryoAction director, Ian Saunders commented, “Obviously we are delighted to have played a role in helping Jamie Vardy in his fantastic record equalling run. This validation from the Premier League’s leading striker is indicative of the benefits that clubs get from installing a CryoAction whole body cryotherapy chamber and the reason why other clubs are now following Leicester City’s example”.

The sad death of a Las Vegas spa manager in a cryotherapy chamber has led to a number of headlines questioning the safety of cryotherapy in general. As the leading supplier of whole body cryotherapy equipment to elite sports, CryoAction places the highest importance to the safety of its clients and wishes to add its views to the current debate.

The equipment used in the spa in question is referred to as a ‘cryosauna’. It is important to note that these single person cabinets are fundamentally different to the chambers marketed and sold by CryoAction. The design of the equipment is substantially different, with whole body cryotherapy chambers treating up to 6 people at a time in a specifically designed room. Cryosaunas are a single user, partial body cryotherapy unit, requiring the user to elevate their head above the potential noxious gases from the liquid nitrogen that is  injected directly into the cabinet. This not only has the potential to place cryosauna users in direct contact with the harmful gases but also the droplets of liquid nitrogen itself that carries a risk of frostbite.  It is due to these serious safety flaws that led CryoAction to not supply such products, an important safety decision mirrored by the two leading provider of liquid nitrogen gas in UK, banning the sale of gas to suppliers of cryosaunas.

Whole Body Cryotherapy chambers, as sold by CryoAction, use a heat exchanger as a key element of the functionality of the chamber. This external device cools the air inside the chamber and in contract to a cryosauna, prevents harmful liquid nitrogen gases from being injected into the chamber. CryoAction chambers have the highest levels of EC certification for medical uses and are subject to regular inspection and maintenance.

CryoAction chambers are operated by a trained practitioner, whose function is to ensure that chamber users are specifically briefed and monitored throughout the entire treatment. The treatment will only operate for a given period of time at the end of which the system will shut down. The equipment cannot be used without an operator being present, and the design ensures that during any point of the treatment and for any reason, the users can leave the chamber by the two exit doors built into the structure.

Our chambers incorporate a range of safety features such as a number of oxygen sensors, designed to detect any form of oxygen depletion. Should such an incident occur, alarms will sound, directing users to evacuate the chamber and the chamber will automatically shut down.

The death of anyone in cryotherapy equipment is a cause for concern. While the circumstances and causes of this sad event are unknown at this time, CryoAction would echo calls for safety inspections of cryosauna equipment and certification of operators. Our condolences go out to the family and friends of the deceased.